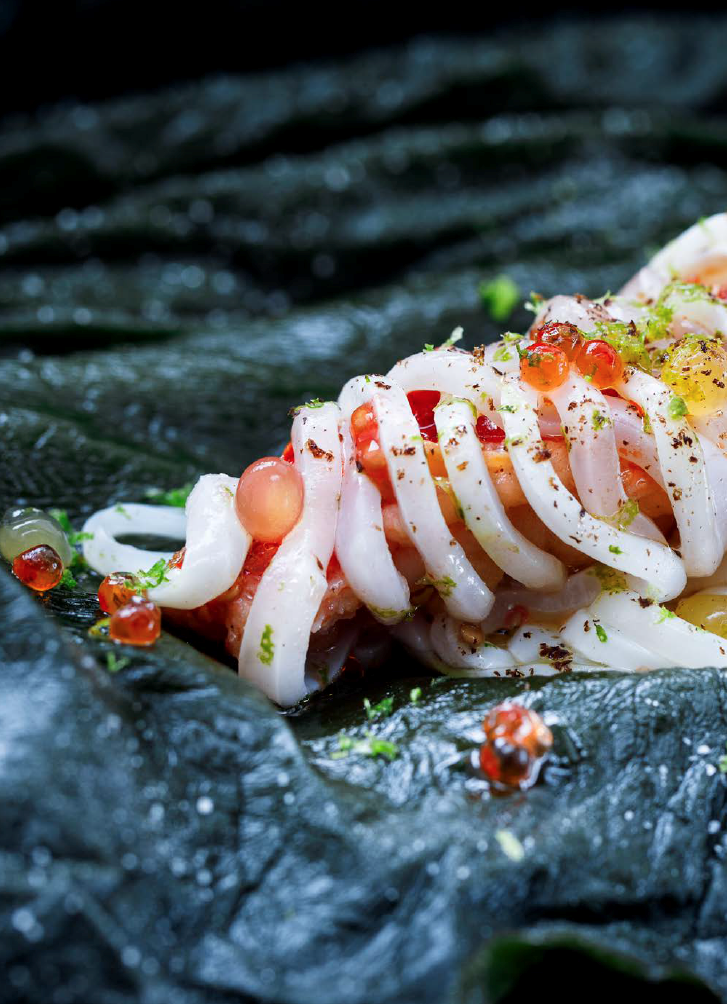 Zest and juice from 2 limes

4 tbsp olive oil, for the marinade plus more for sautéing

Brine made from 1 L water and 50g sea salt

50g salmon or other fish roe 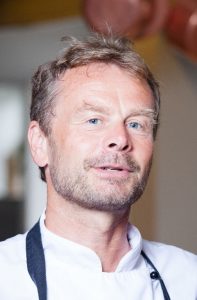 Name of the Restaurant: STYRBÆKS

Klavs Styrbæk is a professional chef who owns and operates STYRBÆKS together with his wife, Pia. He has created a gourmet centre where people can learn and take their culinary skills to a whole new level. Klavs is particularly enthusiastic about seeking out unique, local raw ingredients that are incorporated into new taste adventures or used to revisit traditional Danish recipes. His award-winning cookbook Mormors mad (Grandmother’s Food) (2006), was honored with a special jury prize at the Gourmand World Cookbook Awards in 2007. In 2008 and 2019 he was awarded an honorary diploma for excellence in the culinary arts by the Danish Gastronomical Academy. Together with Ole G. Mouritsen he is author of books about umami, mouthfeel, Christmas dishes, tsukemono, cephalopods, and vegetables.

The recipe is from the following books