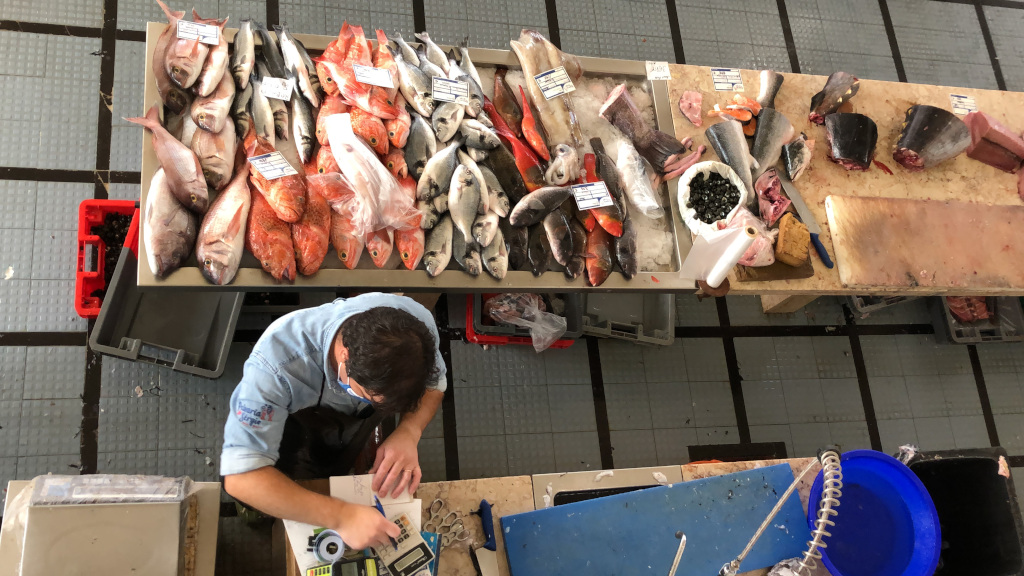 The Cephs and Chefs team from the University of Aveiro participated in two events of valorization of Madeiran products. The events took place at the Terreiro Concept restaurant, at Madeira island. The project “Legado” promoted, on October 16th, the “Legado do Peixe” dinner that included 7 gastronomic moments with traditional Madeiran products such as flying squid, ray, conger, moray, herring, nun, skipjack, mackerel and even Madeira jackfruit and seaweed, in addition to wine degustation and comments by the specialist Nuno Nobre and the chef Carlos Gonçalves. On Saturday, October 17th, World Food Day, an Open Gastronomic Day was carried out to celebrate Madeira’s biodiversity in all its ecosystems: farm, rivers, forest and sea. The event included lectures, debates, workshops and tasting products from the 4 ecosystems. More information on the website: https://terreiroconcept.com/eventos/ 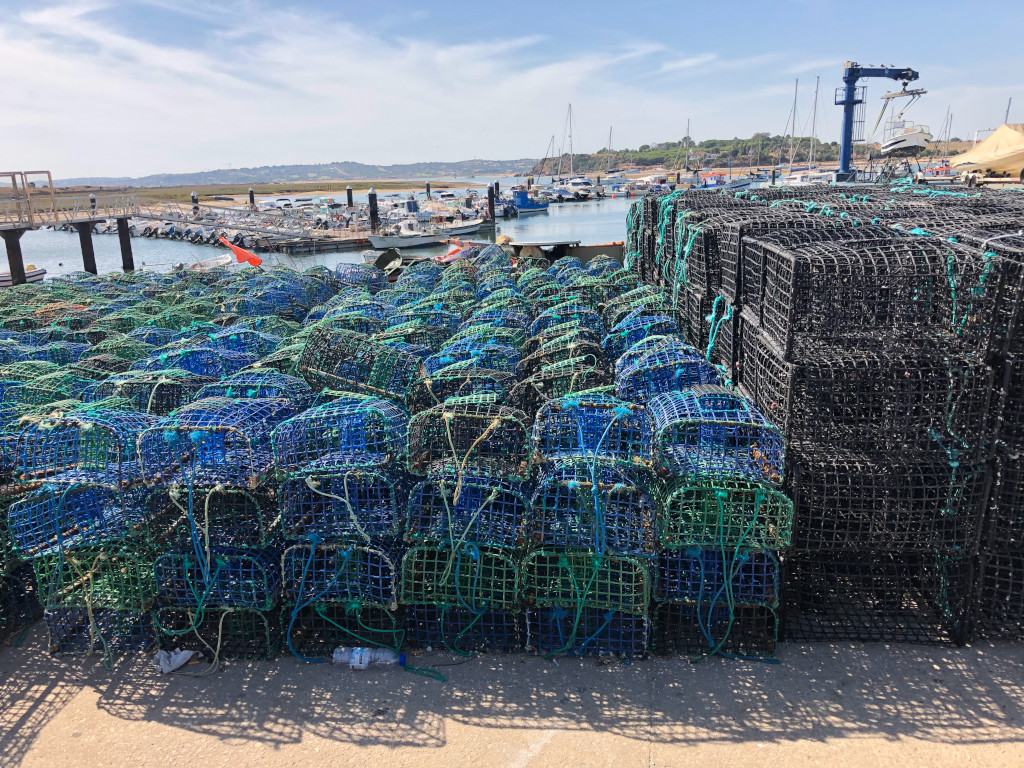 Octopus is increasingly a global commodity, with landings and trade increasing worldwide. The octopus fishery is of extremely economic and social importance in Galicia (Spain) and the Algarve (Portugal), with a vast artisanal fleet using pots and traps dedicated exclusively to catching this species in both locations. The Cephs and Chefs teams from USC and UAVR are carrying out studies to better understand the value chain of the common octopus Octopus vulgaris in Galicia and Asturias (Spain), and the Algarve (Portugal). We held a one-day workshop in Santiago de Compostela (Galicia) on March 7th 2020 with key fisheries stakeholders including representatives from the professional and recreational fishing sectors, the wholesale and retail sectors, and the scientific, administrative and community sectors to discuss sustainable use of the octopus resource. In September, we carried out semi-structured interviews in the Algarve with similar key fisheries stakeholders to discuss the same topics.. The results will identify market drivers and barriers for the achievement of environmental, social and economic sustainability of activities carried out by people involved throughout the octopus value chain from fishers

Interviews in the Algarve

The coronavirus outbreak is impacting the global economy, including the fishing sector. The Cephs and Chefs team from UAVR is evaluating the economic, social and health impacts of the COVID-19 pandemic on the octopus fishing activity and seafood value chain in Portugal, as well as the adaptation measures implemented by the industry to mitigate the impact of COVID-19. Semi-structured interviews with representatives of fishing organizations (POs, associations, fishers, etc.) were carried out in the Algarve, Portugal in March. 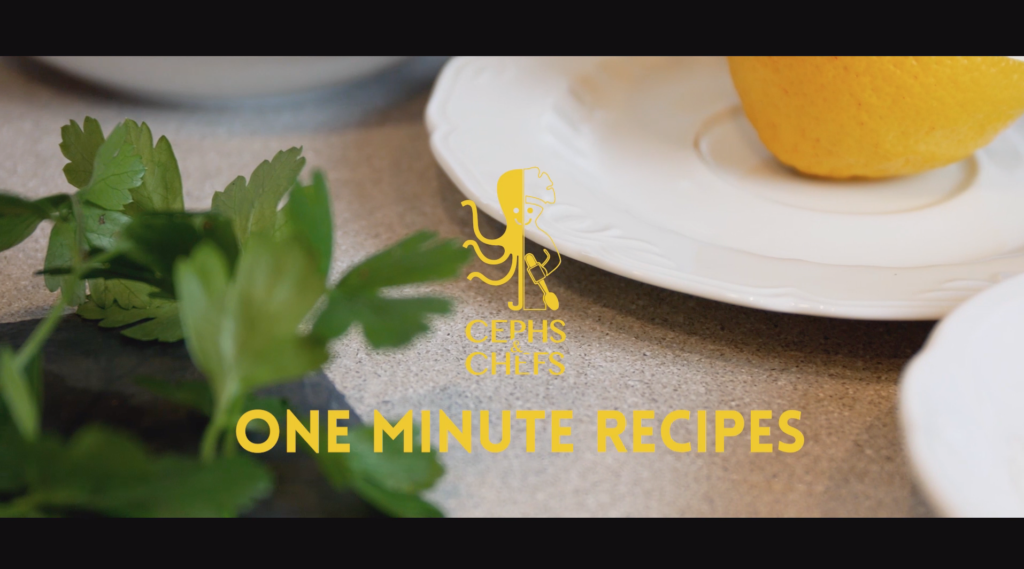 This is the first video of a series of eight “one minute recipes” videos based on cephalopods products.  The video shows an easy way to prepare cephalopod traditional receipts from Portugal and Spain. In this first video the Spanish chef prepare a delicious dish of grilled cuttlefish with garlic mayonnaise. We hope you enjoy it!

Cephs and Chefs will collaborate with the Fresh Fish Producers Organization of the Fishing Port of Vigo (OPPF-4) in the organization of Gastronomic Days within the Vigo Sea Chefs Project. 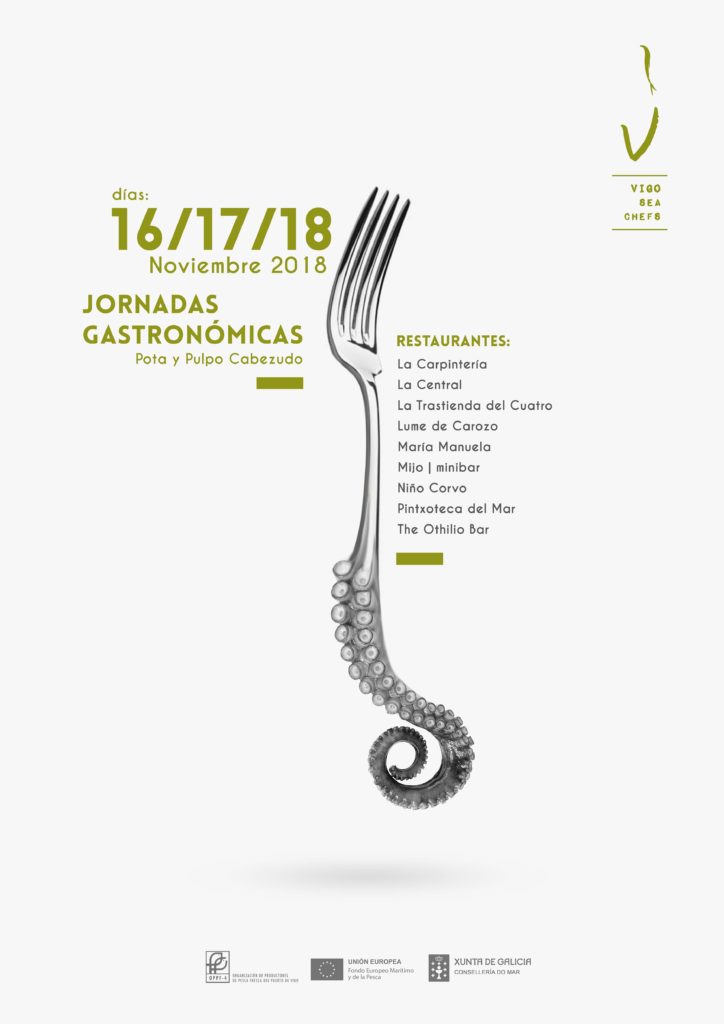 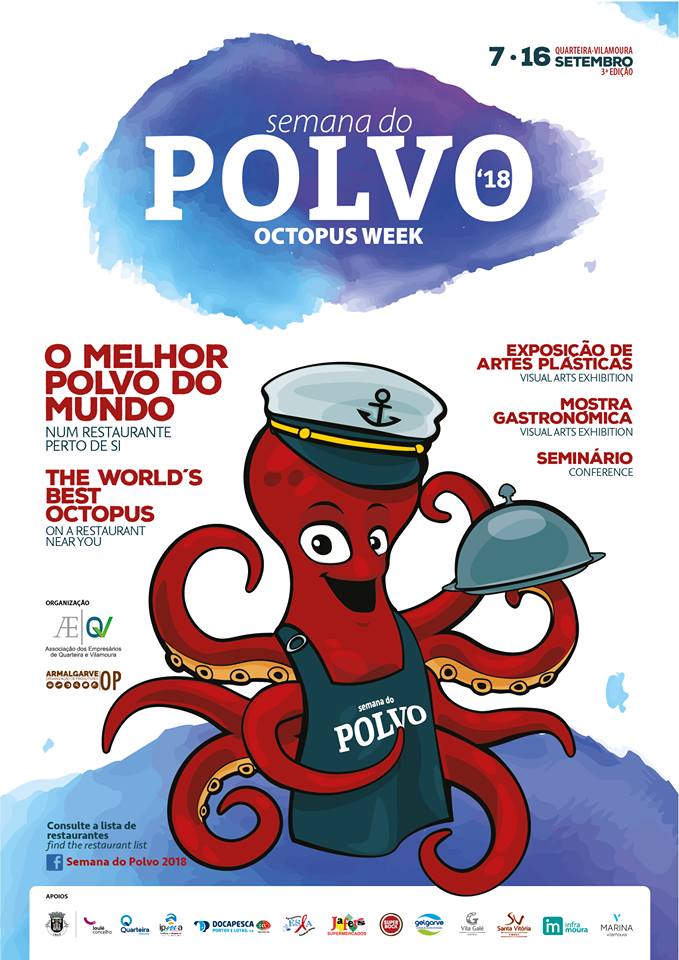 The project INTERREG Cephs and Chefs will be present at the 3rd edition of the “Octopus Week” to be held at Quarteira, from the 7th to the 16th of September. This event will include a visual art exhibition, gastronomic tasting in restaurants and a conference. The gastronomic exhibition of octopus recipes (traditional and new) will occur in 31 restaurants distributed across Quarteira and Vilamoura. The Cephs and Chefs team will be interviewing the owners of the restaurants in order to understand the reason for their participation in the “Octopus Week” and the acceptance rate of the octopus recipes by the consumers. Additionally, the INTERREG Cephs and Chefs project will be presented at the conference, on the 14th of September, where the aims, actions and the partners involved in the project will be revealed to a multi-target audience. 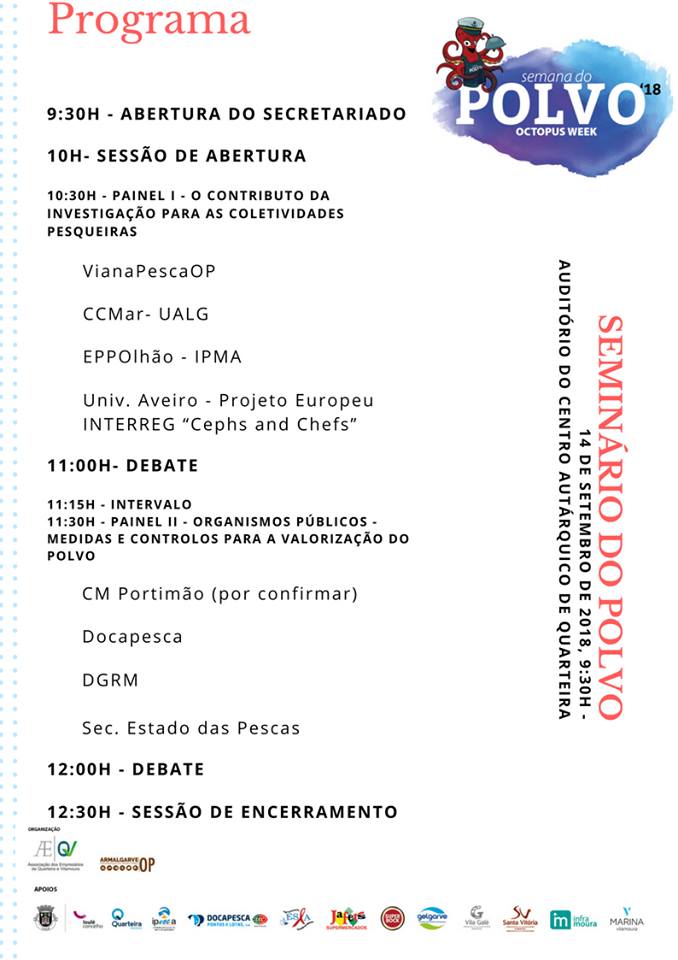 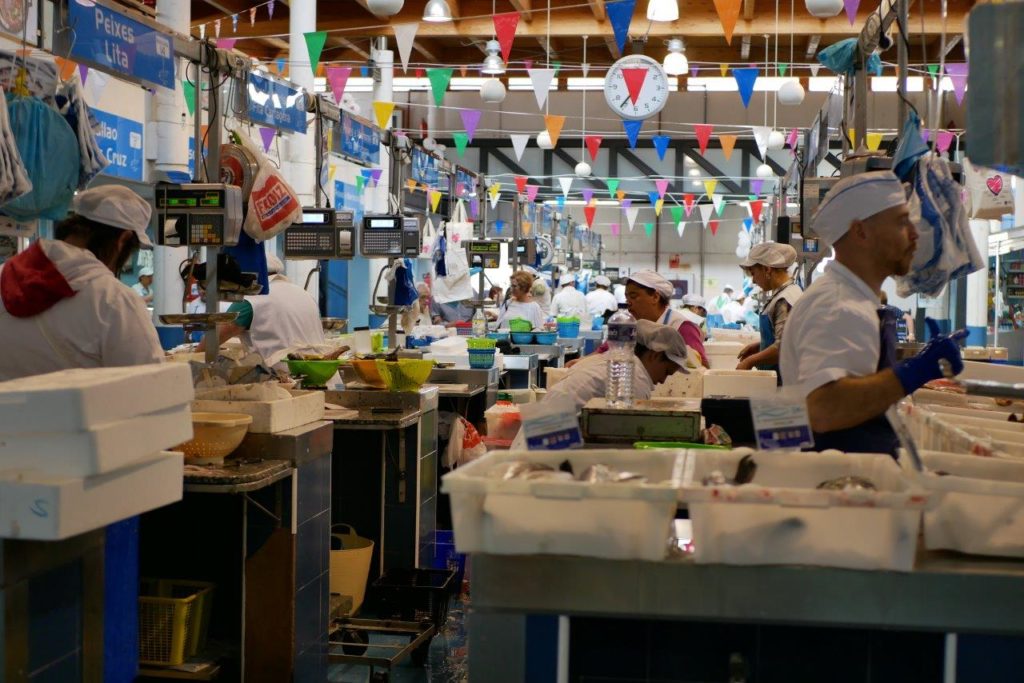 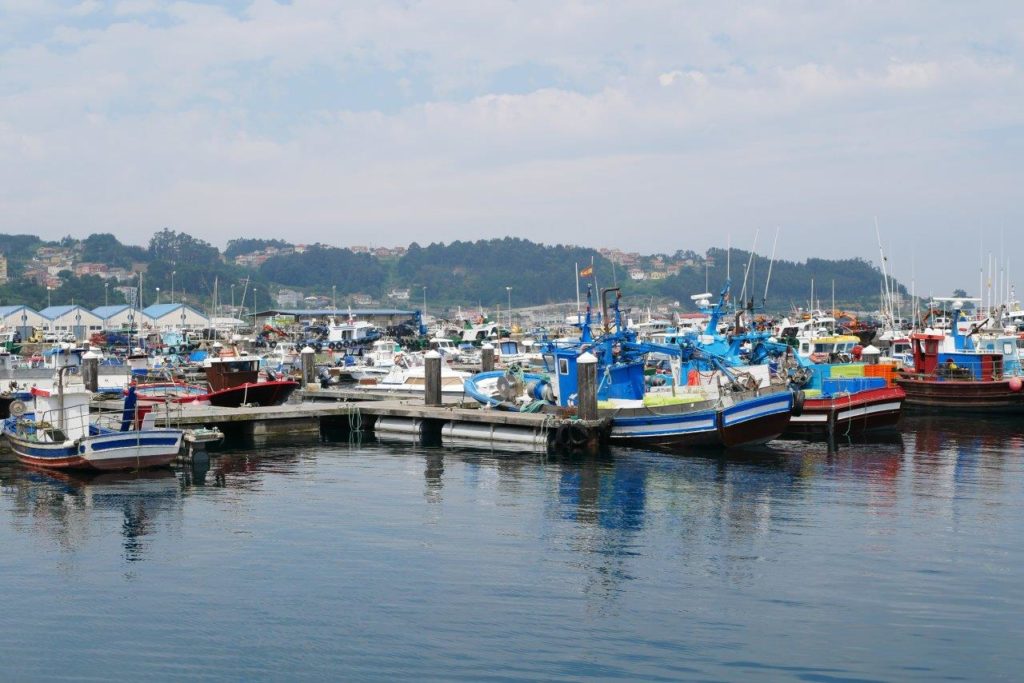 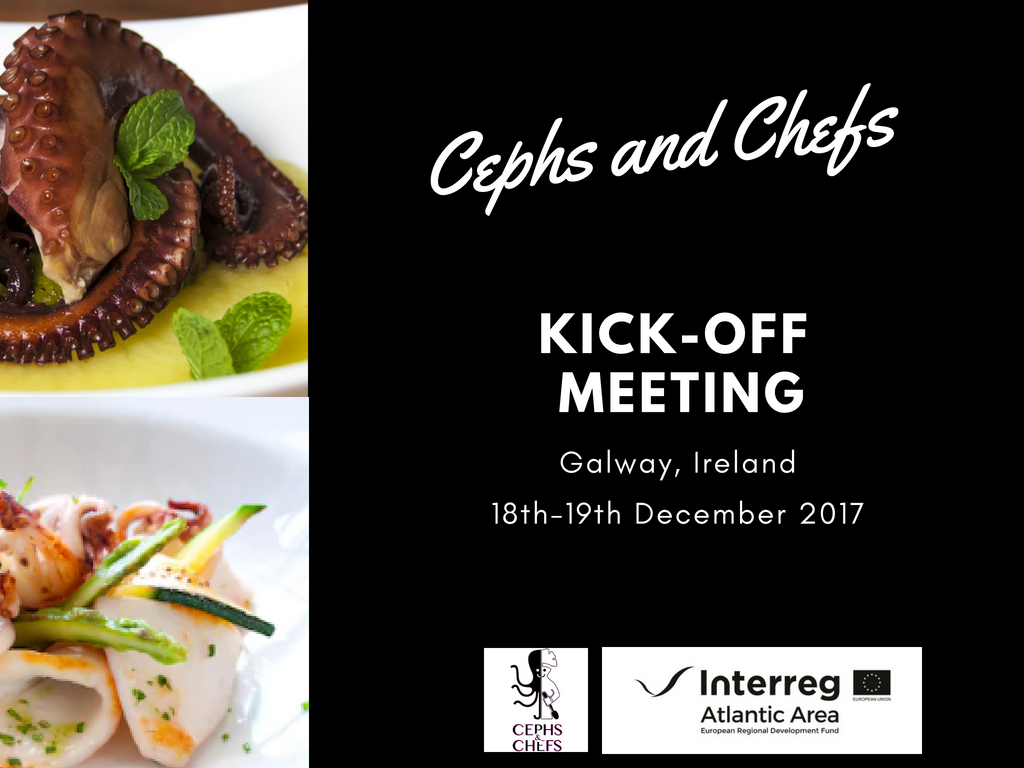 During the kick-off meeting the WP leaders gave a presentation about the objectives, actions and expected results for each WP. Likewise the next steps for each action were defined.

All these activities are aimed at reaching the objectives defined in the project like add value to cephalopods product, new markets initiatives, improve knowledge of the value chain and eating habits, and ensure sustainability of cephalopods fishing activities.

At the same time, fishermen of the European Atlantic area will have a wider market for their cephalopod catch, and improved knowledge about cephalopod fisheries sustainability.

The next meeting will be held in Vigo in July 2018, in the days leading up to Vigo Sea Fest, which will be visited by the project partners. 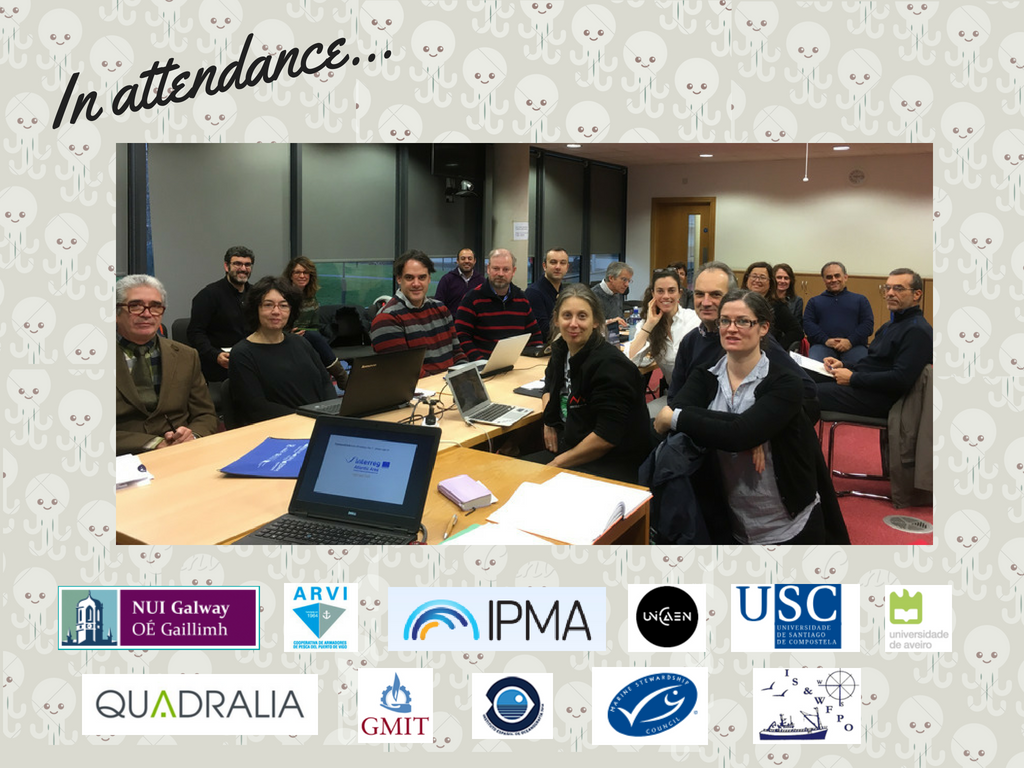